Parenting: 3 Things Parents Should Never Withhold from their Children 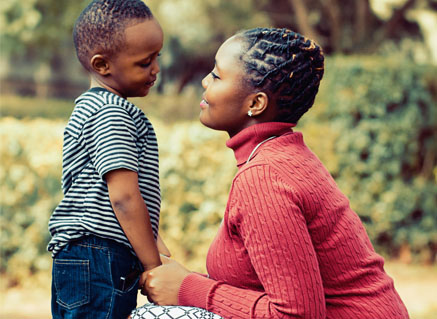 As I look back, I was at times a rather selfish and insecure parent. I was too often tempted, especially in the early years, to parent the children worrying about how they made me look. In my mind, my kids were somehow an extension of my worth and my values. I suppose they are. We as parents so desperately want to do a good job raising our children but we equally or sometimes more so, want others to think we are doing a great job. At least I did. After all, tantrums make you look pretty bad. Like, “get your kid under control!” So, my kids needed to tow the line and behave correctly to display that I was a great father and family leader. Oh I know, I would say this was for their good, but inside, too often, good image overruled genuine impact.

Okay. We know that parenting has to be more than just having your kids make you look good. We really do want to parent well and teach strong morals, values and character. We want to pass on the difference Jesus makes in a life. But what do our children really need from us in order for this to happen? What should we never withhold in order to raise solid and God-honoring children?

Jesus’ story of the prodigal son has some incredibly powerful challenges for you and I as parents (read it in Luke 15). You know the story. The boy rebels, demands his share of the family estate and moves away to the big city to make a life of his own. Money with no brains is not a good combination. The prodigal soon parties away his fortune and ends up destitute, begging and starving on the streets. He humbly returns home. But it’s the father’s response at the boy’s homecoming that displays such rare and challenging parenting—a gut-wrenching example of what wise parents should never withhold.

The prodigal’s father displayed unconditional belonging. He ran to his boy enveloping him with such welcoming arms. The boy pushed back saying “I have sinned against heaven and against you. I am not worthy to be called your son.” But the father’s hugs and affection continued. This rejoicing screamed approval—you are home! The new clothes, shoes and especially the family ring declared his “sonship”. There was never a thought of disowning his boy no matter how poor his choices had been.

Wow. To never withhold your acceptance. This is so hard to follow. Parents often driven by our insecurities and pride to impress others might think that tough ultimatums show strength and who’s in change. In showing disapproval of any negative attitude or action in our child, we may be tempted to say, “Give your head a shake. Have you not learned anything?” or “You’ve got to be kidding me. You are such a disappointment.” Our frustration and sarcasm screams disappointment. They feel our rejection and disapproval. In failing us, they sense they have lost our support. But if we choose the Luke 15 fatherhood, our love anchors them no matter how complicated their mistakes get.

Somewhere along the line Donalyn and I choose to anchor our correction of our children around this thought. Whoever was disciplining would say as we were working through the disobedience, “Remember, there’s nothing you will ever do to make me quit loving you.” Discipline yes but without disapproval. We tried to parent by grace and not by guilt. Your kids too need to know they are secure in your love—that they belong and always will. You may not be happy with their choices but that doesn’t change their status; they are unequivocally accepted. They are always welcome at home.

The prodigal’s father displayed complete encouragement. His compassion leaked all over his son. First the running said a ton. The welcome moment itself must have been astonishing to the kid with the embrace, the kisses and the excitement. This whole episode screamed to him that he was loved and valued. There were no lectures, no “I told you so”, and no “I hope you learned your lesson”. In that moment, so many times it feels like we need our kids to admit that we were right, that they have learned their lesson. This father didn’t do that.

Our words, at key times, really matter. The right kind of affirmation breathes life and hope into your child. The power of positive reinforcement was shown clearly when the father said, “Once my son was lost but now he is found.” Too often, our words and especially our tone as parents are quite different. Isn’t this more common? “Don’t you have a brain in your head?” or “how many times do I have to tell you? Will you ever listen?” or “Will you ever do it right? Get out of the way. Let me do it myself.” Lines like this discourage, exasperate and frustrate our children to give up and not try.

If encouragement is so critical for our children, why is it so hard for many parents? One rather conservative German parent captured the sad and all too common thinking of many when he said, “Ve don’t encourage, ve don’t vant to make dem prout.” To him, encouragement was attached to arrogance. Not true. We must realize that a child’s confidence is hard-wired to a parent’s confirmation. Sociological research within families reveals that for every negative comment a child receives, they need to hear 4-6 times the positive reinforcement to neutralize the damaging effects of the one discouraging line. Your loving endorsement and affirmation strengthen them like nothing else. We are their mirror and as they grow up, they become largely what we have reflected back to them. Kids are a vacuum for encouragement. Don’t ever hold back.

The prodigal’s father displayed total forgiveness. There was no embarrassment, shame or lecture. He didn’t distance his son to show disapproval of his actions. What is that? Don’t we sometimes think that if we give them the cold-shoulder that they will make the changes. We punish with our silence. We hold a grudge. Our anger too spills out in sad and disappointing ways. Why? Because we don’t do forgiveness well. We learned growing up that approval was based on good behavior. But if the kid screws up, boom, they are in our bad books—in our doghouse of disapproval. Not so with love.

But love is not easy. I do anger, frustration and disappointment really easily by comparison. I have had high expectations. Not always for their good. And I didn’t forgive easy when my kids had done something everyone knew was wrong. When I sensed defiance—I could be exceptionally short with them. No grace. Pure judgment. I only recall one time when I disciplined my oldest out of anger. And yes, I felt lousy all day. If needed, take a time out for YOU. But try to never correct a child when you are angry and out of control.

The Luke 15 father’s forgiveness gave the boy a fresh start. But isn’t earning forgiveness our usual style? They have to work their way back into our good books. After all, didn’t they embarrass the family and me? We often say, when our trust is broken, that they have to prove themselves now. They have to start at the bottom. There’s a price to pay. There are consequences. That’s clearly not what the prodigal’s father did.

God’s kind of love that we should be demonstrating to our kids is all about unconditional forgiveness. It’s also called ‘grace’ for a reason.  We are to parent by grace not by making our kids grovel. It’s what the father modeled. As the boy apologized with “I have sinned against heaven and against you. I am not worthy to be called your son,” the father lifted him to his feet and forgave him in one glorious movement of celebration. He was prepared immediately to reinstate him as son and wash away all wrong. As the Lord is a God of second chances, we as parents should do the same.

I accept that this is a big challenge. We will need the Lord to parent this way. After all, the parable of the Prodigal Son is really Jesus’ explanation of God’s love to mankind. So we see there are three things parents should never withhold from their children—acceptance, encouragement and forgiveness. God didn’t withhold these from us. Join me in this challenging journey.