Facing Temptation in Your Life 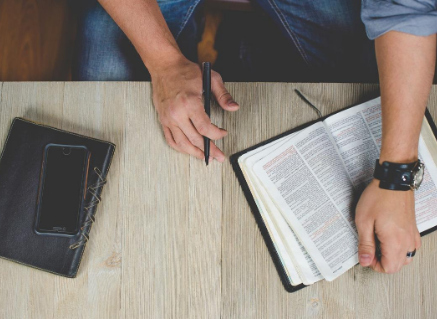 She came to me. Early twenties. Broken, confused and defeated. Why? She had repeatedly given in to the draw of being sexually intimate with her soon-to-be fiancé. She knew it was wrong and fully against her values. She had wanted to wait until marriage. Her guilt was suffocating.

He battles his current inability to say ‘no’ to the brutal compulsion of letting his anger explode indiscriminately on his wife and family. His short-fuse is destroying him. His wife left him.

A young woman sobs as she says, “I know I drink to numb the pain – but I just can’t stop. Please help me”.

One man just could not stop flirting with women to the near-total devastation of his marriage. It’s hanging by a thread. This tempting tendency has to be overcome or he’ll lose all that’s really important in his life.

A labourer gives in to cutting corners at work when the boss is not around but feels such guilt and fears getting fired if it comes out.

Another man can’t seem to shake the urge and break the habit of smoking. Patches, punishments and even other people fighting with him doesn’t seem to help.

One man compulsively takes what isn’t his, rationalizing its ok if he doesn’t get caught. He did.

For some, the compulsive battle is with food – either binging or starving oneself.

For many, the emotional or sexual draw becomes so overwhelming that they just seem unable to stop the extramarital affair. The destruction of home and family is not what they want but the craving for this relationship seems insurmountable.

As you see, the lure comes in many colours and flavours. One person’s challenge is another person’s ease. One thinks “I can’t fight this anymore – it’s too much” while the next person says, “it’s no big deal, what’s all the fuss!” These are just a few of the battles I have recently been helping people through.

All of these stories are some version of temptation. And yes, a temptation given in to usually grows into a compulsion, and repeated compulsive action is what makes an addiction.

At the core, temptation is an unhealthy draw or an unholy desire toward something that we know is wrong, unwise and clearly not the best for us. In every case, the one being tempted is in a battle to avoid the pull at all cost. It is usually true that embracing temptation’s enticement brings only short-lived and superficial benefits but carries long-term repercussions of overwhelming regret and corresponding despair. Giving in to any negative urge most often continues a downward and unhealthy trend in our lives.

People foolishly try to rationalize, justify, minimize or even lie to themselves to somehow make the temptation okay or not be such a big deal. But you can’t argue with results. Giving in to temptations destroys us and what we hold dear.

God has something to say about temptation. Read through these 6 passages thoroughly grasping the anchoring truth in each one.

1 Corinthians 10:11-13 — “These things happened to them as examples and were written down as warnings for us, on whom the culmination of the ages has come. So, if you think you are standing firm, be careful that you don’t fall! No temptation has overtaken you except what is common to mankind. And God is faithful; he will not let you be tempted beyond what you can bear. But when you are tempted, he will also provide a way out so that you can endure it.”

Truth is, anyone can be tempted. Don’t think it could never happen to you. Further, temptation is common to us all. Each of us has our areas that we battle with. But never doubt God’s faithfulness to help you through and beyond the temptation. There is always a way out.

James 1:12-15 — “Blessed is the one who perseveres under trial because, having stood the test, that person will receive the crown of life that the Lord has promised to those who love him. When tempted, no one should say, “God is tempting me.” For God cannot be tempted by evil, nor does he tempt anyone; but each person is tempted when they are dragged away by their own evil desire and enticed. Then, after desire has conceived, it gives birth to sin; and sin, when it is full-grown, gives birth to death.”

You will be blessed if you persevere through the temptations and trials you face. Remember too that God is not doing the tempting. It is our own misguided and immoral desires that draw us away from what is right. The results are not good.

Luke 4:1-13 (also in Matthew 4 & Mark 1) — “Jesus, full of the Holy Spirit, left the Jordan and was led by the Spirit into the wilderness, 2 where for forty days he was tempted by the devil. He ate nothing during those days, and at the end of them he was hungry. The devil said to him, “If you are the Son of God, tell this stone to become bread.” Jesus answered, “It is written: ‘Man shall not live on bread alone.” The devil led him up to a high place and showed him in an instant all the kingdoms of the world. And he said to him, “I will give you all their authority and splendor; it has been given to me, and I can give it to anyone I want to. If you worship me, it will all be yours.” Jesus answered, “It is written: ‘Worship the Lord your God and serve him only.” The devil led him to Jerusalem and had him stand on the highest point of the temple. “If you are the Son of God,” he said, “throw yourself down from here. For it is written: ‘He will command his angels concerning you to guard you carefully; they will lift you up in their hands, so that you will not strike your foot against a stone.” Jesus answered, “It is said: ‘Do not put the Lord your God to the test.” When the devil had finished all this tempting, he left him until an opportune time.”

Jesus was tempted. You will be too. Satan wants us all to go down so the enemy of our souls looks for our weak areas to tempt us in. Note that Jesus wisely fought with Scripture and yes, he had it memorized! Hint — hint! And though defeated, the devil was undaunted in his attempt to take Jesus down as it says that he would return to the Lord at a more opportune time. Wake up, people. If Jesus has a time when He is more easily tempted by the enemy, then you know we too will those weaker times. Be aware when you are most vulnerable.

2 Corinthians 10:3-5 — “For though we live in the world, we do not wage war as the world does. The weapons we fight with are not the weapons of the world. On the contrary, they have divine power to demolish strongholds. We demolish arguments and every pretension that sets itself up against the knowledge of God, and we take captive every thought to make it obedient to Christ.”

There is power in fighting with the power and perspective of Jesus! The enemy will put thoughts and lies in our minds that correspond with our tendency to give in to temptation. He argues against God and the Lord’s plan for our life. We must take those wild thoughts captive — lasso and tie them up — those ideas and inclinations that we know are destructive and make them align with what we know to be true of God and His Word. Measure your temptations against what you know God would want.

John 16:33 – “I have told you these things, so that in me you may have peace. In this world you will have trouble. But take heart! I have overcome the world.”

Jesus speaks the truth. Accept it. We will have trials, troubles and temptations in our journey. It’s a fact of life. But we can rest in knowing that Jesus has overcome all these battles we will face in this world. He promises His peace in and through it all. Amazing!

Hebrews 4:12-16 – “For the word of God is alive and active. Sharper than any double-edged sword, it penetrates even to dividing soul and spirit, joints and marrow; it judges the thoughts and attitudes of the heart. Nothing in all creation is hidden from God’s sight. Everything is uncovered and laid bare before the eyes of him to whom we must give account. Therefore, since we have a great high priest who has ascended into heaven,[a] Jesus the Son of God, let us hold firmly to the faith we profess. For we do not have a high priest who is unable to empathize with our weaknesses, but we have one who has been tempted in every way, just as we are—yet he did not sin. 16 Let us then approach God’s throne of grace with confidence, so that we may receive mercy and find grace to help us in our time of need.”

The power of God’s Word in our lives cannot be overstated. If we let the Lord use it, Scripture will help us to see our inconsistencies, failures and sin. The Lord sees our hearts, knows every thought and sees every action. Nothing in all creation is hidden from Him. We do have to give account for our lives and our choices and yes, for whatever temptations we give in to. But it doesn’t end there. Jesus fought for us! He still intercedes for us. He is on our team. He knows our weaknesses and faced similar battles himself. He is sympathetic to this struggle we face with temptation. Because of this, He totally wants us to come to Him boldly to find the help we need. Thank you, Lord, for backing us all in the battle against challenging temptations.

Wise Steps for Facing Temptations in Your Life:

6.     Replace the Draw with God’s Word. Jesus did. He battled temptation with Scripture. What have you memorized in the last 5 years that will help you better face what you struggle with? Wise is the person who anchors their life in the daily reading and applying of God’s Word. We are told that “whatever is true, whatever is noble, whatever is right, whatever is pure, whatever is lovely, whatever is admirable—if anything is excellent or praiseworthy— think about such things” (Philippians 4:8) and “Your word have I hid in my heart that I may not sin against you” (Psalm 119:11). Let God’s Word anchor you.

I would love to hear about your battles with and victories over temptation. Reach out through our website. And if needed, reach out to one of our counselling team – whether in person or online – to get support in your struggle. Face temptation well today.