Marriage: Getting Your Man Talking 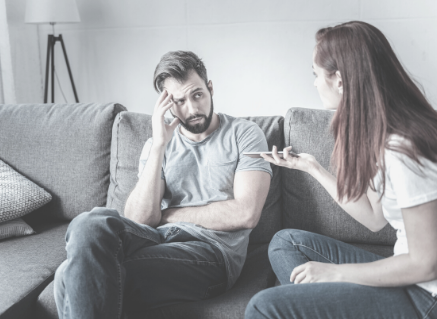 Sometimes I feel like I barely know my husband. It’s so hard to get him to open up and talk about meaningful things! How can I get him to share more freely?

Donalyn: It’s been said that men are like clams and women are like crowbars. Many wives feel like their husbands are clamped shut, and they spend their whole lives trying to pry them open and see what’s inside. But sometimes the harder she pries, the more the man closes up.

Dave: That’s the stereotype, for sure, and it’s likely true in about two-thirds of marriages. The other one-third of the time, including our own marriage, it’s actually the man who is the talker. Me. And Donalyn is the more private one. Either way, most couples seem to have one person who is quite a bit more verbal than the other. Maybe it’s because it’s very difficult for two big talkers to co-exist in one marriage peacefully! But whether it’s the man or the woman, I think most couples will be able to relate to the question.

Donalyn: It is definitely a big issue, especially for women. We have very high relational needs. In fact, it may help men to realize that a woman’s need for conversation and affection is as high as most men’s need for sex. For the relationship to flourish, both are needed. But many women find that their husbands just don’t communicate at the level they need to really feel connected.

Dave: There are always exceptions to the norm, but generally there are some differences between men and women that need to be understood. Most men are wired to solve, to fix, and to overcome. If there is a problem, they don’t want to talk about it; they want to roll up their sleeves and get to work. Women, on the other hand, like to talk out their feelings as part of the process. They come to a conclusion through the interaction. So when a highly relational woman seeks open sharing from her husband, she desires something that he is not innately wired to do or ever look for at a level she requires. Here’s some perspective: studies have shown that the average woman uses 25,000 words a day. The average man – just 12,000!

Donalyn: What are you saying, Dave? Do women talk too much?

Dave: No, I just want people to understand that we are wired differently.

Donalyn: That’s a big difference. And it’s magnified by the fact that, by the time a man gets home from work, he’s already used up most of his words. He may be coming home to a wife who’s spent her whole day with young children and is starving for some adult conversation, and that’s the last thing he wants to do. These issues aren’t easy to work through. I’d like to recommend a number of good books to help you understand some of these male-female differences. Try these:

Dave: Those are all great books. An offshoot of these differences is that a man can get by with surface conversation and still feel like he’s connected with his wife, while she is craving for something much deeper and more frequent. For example, a guy can spend a night hanging out with his buddies watching their favorite team play and talk about nothing more profound than the bad calls the referee made, the chips and drinks and when the next game is. The total conversation might have only been 10-15 minutes out of 3 hours and be just fine with it. He comes away with his relational needs met.

Donalyn: Are you kidding me? These guys never even got out of the starting gate!

Dave: Exactly. Most women wouldn’t feel satisfied if that’s as far as the conversation went. They would be wondering, “What’s wrong?”

Donalyn: Totally true. They’d be thinking, “She must be mad at me,” and needing to go have a heart-to-heart in the washroom.

Dave: Men are comfortable communicating at the level of clichés and facts, and maybe offering an occasional opinion. Women on the other hand can often cut right through that stuff and get into the deeper feelings, and that’s what they want with their husbands. But if you are married to someone who doesn’t like to open up, you need to be patient and to slowly work up to it. Small talk leads to deeper talk. Ask the non-talking husband about his world in a non-threatening way. This is easy for him to respond to, and then you can move on to the riskier issues over time. Getting him to engage in “soul talk” is a process – in some cases, a long process. Few and far between.

Donalyn: There are some things you can do to set the stage, and create an environment in which your husband feels comfortable sharing. Spend some time together doing things that he likes to do. He may be more apt to open up when he’s in his comfort zone and feels supported. Besides, your friendship will grow the more time you spend with each other.

Dave: In fact, as you support, affirm and respect your husband, you create a platform for him to begin to communicate. You need to be a safe place for him to open up. If you are critical, he will shut down. If you jump in before he’s done, he will give up. But if he senses you are on his side, he will begin to confide in you over time. So show him that you value his thoughts and respect his opinion, both privately and in public. This will go a long way.

Donalyn: Also, make sure you never blindside him. If you want to talk about something important, set up a time in advance so he can be prepared mentally and emotionally. This will give more confidence to share freely. Never try to force it when it’s not a good time. Try calling him on the phone or even e-mailing him when you know he has time to respond.

Dave: And no matter what – if he does ever open up and start talking, drop whatever you are doing and engage with him. Don’t let the opportunity slip away, or it may not come again for a long time.

Donalyn: Absolutely! Another thing that we’ve done from time to time is play the question game while we’re driving or walking: I’ll ask you a question, and then you ask me a question about anything you want to know. On one holiday away, just the two of us, we each wrote out ten questions we’d like answered or the freedom to discuss. Each question was on a slip of paper, which we put in an envelope from the hotel without seeing each other’s questions. Every day we drew out two or three questions and we had a great time talking through them.

Dave: That was a great time. However the conversation begins, you need to approach it in a way that encourages your husband to be vulnerable, without pushing him away. Prod, but don’t pry. I think back to the image of the clam and the crowbar. It’s a good picture, but most “clams” won’t take too kindly to being worked over with a crowbar! So encourage him without forcing him. Ask lots of open-ended questions without giving your opinions, and really listen to his responses.

Donalyn: Don’t expect him to communicate like a woman. He will never be your “girlfriend”! He is built to relay facts and stay focused, so stick to one subject at a time. He probably likes to finish his own sentences, so don’t jump in and finish his thoughts. Give him time to talk; he likely won’t interrupt what you’re saying to tell you how he’s feeling. When it’s your turn to talk, rather than critiquing what he had to say, be vulnerable yourself. Share your deepest joys, hurts, fears and goals, and then ask about his.

Dave: That point about not critiquing him is critical. Don’t evaluate; rather, appreciate. When he takes a positive step in this area, no matter how small it may be, show gratitude. This will encourage him to continue to move in this direction over time. And it will take time. We’ve said it before; we’ll say it again. Developing good marital communication is a process. Donalyn and I have been married 36 years, and we had a lot of messes in the first five. You are going to be married to this person for the rest of your life. Taking three or four years to learn to connect at a deeper level is one of the best investments you can ever make.

Donalyn: We’ve enjoyed learning to share at this level. 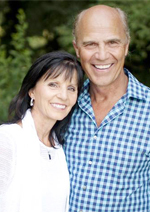