Marriage: Gifts at the Wall 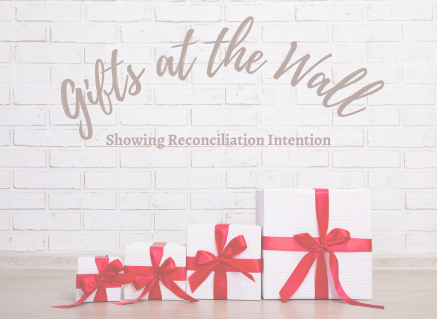 What is a WALL?

A WALL is an intentional, emotional barrier that prevents relational connection. What causes these WALLS to go up? These 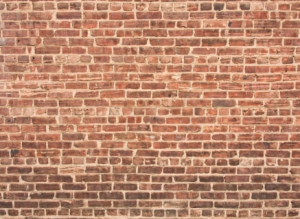 interpersonal blockades stem from hurts, a sense of rejection, misunderstandings, harsh words, clear offences, and the like, whether perceived or real. When someone has put up a WALL toward you, it shows by their silence, not answering calls or texts, avoiding you, trashing you, excluding you and a limitless selection of other negative attitudes or actions, public or private, that create distance. This relational obstruction, in their mind, constructed to exclude you and protect themselves, is the WALL.

WALLS come in many shapes, sizes, heights and thicknesses. Sometimes they are built — brick by brick — with every repeated hurtful interaction extending the barrier wider and higher. Other times they are built all at once — where some action so hurtful causes the decision to build a barricade and to build it now! WALLS can be between husband and wife, siblings, parents and adult children, neighbours, long-time friendships, business partners and many other significant relationships.

Along with other key Scripture, Romans 12:18 displays the principle behind what I have called, leaving GIFTS at the WALL. “If it is possible, as far as it depends on you, live at peace with everyone.” You’d be wise to let the following explanation guide you in trying to dismantle the WALLS you are facing with people in your world.

First of all, it doesn’t all depend on you but a lot does. It reads, “As FAR as it depends on you”. This means that you need to make a pretty serious effort displaying numerous, sincere attempts to try to reconcile the relationship. But, sometimes removing the WALL is out of your control. You didn’t put it up. You can’t take it down. It’s their WALL.

I trust that you have demolished any and all WALLS that you may have put up along the way. You have deliberately made amends for your offences and extended forgiveness for how others may have hurt you — clearly forgiving exactly the way Jesus calls us all to do. You were obedient. So that’s wisely behind you. Yup, your WALL is down — gone completely.

But that doesn’t guarantee that their WALL is coming down. You 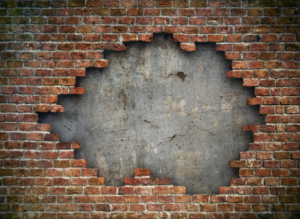 don’t control that. They control their WALL. In most cases, they built a WALL to protect themselves in order to feel safe. So, for you, the line, “if it is possible” leaves you with no choice but to take initiative to try to reconcile. You need to give them a reason to risk taking the WALL down between you. Showing sincere and consistent intention to reconcile only makes sense. We should keep in mind the time that Jesus was asked about how often we should forgive a brother. He said, “70 x 7 times!” (Matthew 18:22). Don’t bother counting — no one comes close! The spirit of unconditional forgiveness should be matched in this case with both our unlimited efforts and our limitless grace to restore all relationships. Reconciliation is simply and always God’s way.

So that is why you should continually reach out with a sincere heart. Do your part to get things right between you and them. Repeatedly, extend “olive branches” to them saying you want to get your relationship with them restored. Only on rare occasions do you have a right to give up and walk away. That’s not addressed here.

These GIFT leaving steps allow you to live at peace with all people and before God because He knows all the ways you have tried to get things right. It simply doesn’t matter if you have offended them or they have offended you — you have fought to take the WALL down. Then, you live at peace with Him knowing you have and continue to do your part to reconcile the relationship. You have worked hard — not just once — to restore the relationship that is broken – asking Him to supervise the dismantling of all the WALLS that need to come down.

What are GIFTS at the WALL?

Gifts are not actual presents purchases for the WALL builder like 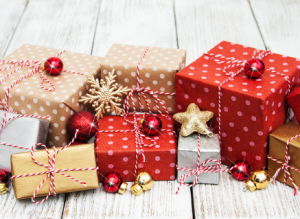 those pictured here. Gifts left at the Wall are gestures of intent —overtures of desire to regain what has been lost. It is saying again and again, ” I am seeking to make peace between us.” Gifts are acts of kindness displayed.

By leaving many gifts at the WALL, you won’t be guilty of not attempting to reconcile. It becomes clearer and clearer with every genuine and humble initiative to connect with them that you are wanting to do your part to remove the barrier

It is important to remember that any extended silence on your part could be saying something that you aren’t intending to say — like ‘I don’t care’ or ‘you’re not important to me’. Don’t let the silence send the wrong message. At the risk of being misinterpreted, misjudged, mis-motivated, or worse, showing further rejection of them, SAY SOMETHING — Leave a GIFT at their WALL.

What GIFTS Could You Leave at the WALL?

Based on the clear assumption that you have already made a serious, 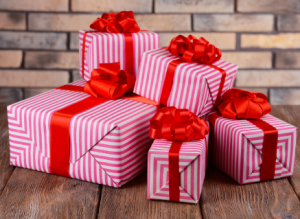 genuine and direct attempt to graciously and humbly reconcile with the WALL builder, what are other gifts you could bring? You could send a text that says “missing you and what we have enjoyed. Looking forward to getting past this”. You could offer to help them out with a project or something. You could invite them for a coffee or to buy them lunch. You could remind them in a call or phone message that the invitation stands — you want to do whatever it takes to restore trust. You might offer to pay for something, send a note of appreciation, a thinking of you Christmas card, a thoughtful gift – anything to convey that you want to make amends, that you truly value them and want them back in your life. With each GIFT at the WALL, you are saying that no issue is bigger than your relationship with them. Remember, as they look over the WALL they have created between you and themselves, they will look down and see the gifts you have left at their WALL.

What if Your GIFT is Rejected?

First off, many will reject initial offers to reconnect. The WALL they build was built intentionally and with a lot of thought and effort to allow them to feel safe. But when they see consistently that you come to their WALL in a gesture of good faith to try to address the hard issues, they have to admit, at least you are really trying. Again, at worst, you would be considered guilty of valuing the relationship so much that you want to address the WALL. Jesus went out of His way a ton to reconcile His relationship with us. He was rejected too. When they can sense that you aren’t coming to attack or demolish their wall without their consent — that WALL that they put up to protect them for some reason — they may start to overcome their fears of reconciliation over time. Though they may not overtly receive the GIFT, they can clearly see you left it there for them thus knowing you were there again — extending your desire to reconcile.

May the Lord give you His perspective on removing those dividing WALLS that separate us from those that we love and associate with. Put another gift at the WALL this Christmas, this week. It may be the one that causes breakthrough and the wall to finally crumble.

Put another GIFT at the WALL this Christmas.