Marriage: The Kite & The Blender 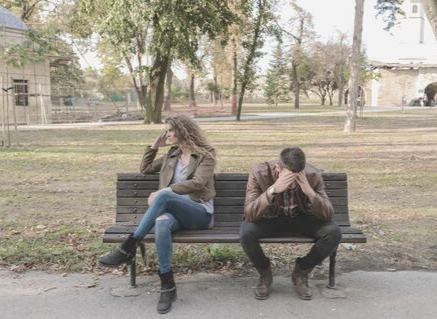 The Kite & The Blender: Approach Extremes to Stress and Conflict

The kite and the blender. To be honest, I see a lot of this between couples. Often, these two extreme styles of stress interaction live in juxtaposition in many homes. Let me explain what I have come to call the Kite and the Blender personalities and how I define them.

Stay with me. Early in my parenting, I used to fly kites with my children. They loved to see the bright colors dancing in the sun way up in the sky! They loved to hold the string and be in control. You know, “…all by myself, Daddy.” They thought the kite was really high when I’d spin the spool letting out 200-300 feet of line. Little did the kids know, the kite was connected to 1000 feet of string. On a few occasions, I would let out virtually the whole spool and to be honest, I had to work really hard to keep track of that little ‘dot’ in the sky.

Like a ‘kite’, the spouse who has this withdrawing tendency, when under stress from their mate, creates distance, and the farther — the better! They take flight and flee emotionally so they are able to isolate and insulate themselves from an emotional spouse who they feel is over-reacting. Whether they are receiving their mate’s disappointment, hurt, criticism or harshness, as the kite, they will fly high and far. This is their attempt to escape pain — to soar away from pressure.

Now, I am not saying, in any way, that a person should stay and take abuse of any kind. Harshness, rage, contempt or any other form of emotional abuse are not okay. Of course, anything that resembles any inappropriate physical threat or harm should not be tolerated. Leave. Be safe. 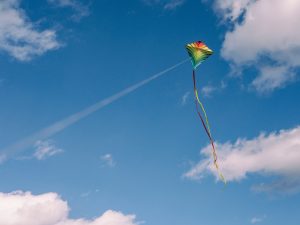 There are other fair reasons you might need to take a break from a discussion that is going negative. One might be that you may be a deliberate processor —in that you may need time to think things through before you respond. That your immediate response may not be your best one. Ask for time to sort out your thoughts on the issue. Agree on a time to talk things through in the next 48 hours.

Further, you may need to take a break when your spouse’s tone and aggression is causing too much hurt and you might be shutting down. It might be wise to agree to conclude the discussion later. Finally, take responsibility for your own emotions and frustrations. If you need a time out before YOU react, say that. Try something like, “It might be better for both of us if we finished this discussion later —at least, I know it will be better for me as my frustration level is getting too high to be good for us. I don’t want to say anything that I will regret. I love you and I’m committed to us but I need a break.”

So, we agree that there are times when stepping back may be wise. Yet, I also see something else at work. The ‘kite’ will avoid discomfort, escape conflict and deny ownership of many issues that they would be wise to face. But instead, they withdraw — by flying off — by exiting the negative interaction. Sometimes they actually vacate without leaving the room, by disconnecting from the moment, going silent or shutting out their spouse.

Problem. It’s too easy to blame our spouse because of the way they are reacting. Kites feel this gives them the right to vacate the heat – to avoid the explosion. But the truth may be that they just don’t want to look at where they may be responsible —that their spouse may have a point that they need to address. Why not listen to the concerns of your spouse? Why not try to understand why they may be so hurt?

Likely the most complicated side of the spouse who has the ‘Kite’ tendency is when they move past creating distance to feeling safe to actually attempt to punish their partner through isolation, rejection and silence. Cold wars, intentional avoidance and neglect are fully dysfunctional. Wind in the Kite. Pulling away isn’t the solution. Don’t withhold love and interaction to silently try to control them.  Are you the Kite in the relationship? 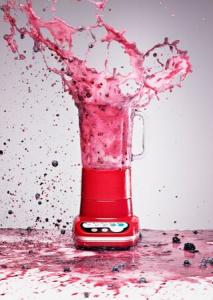 I like my blenders. Yup, I have two! Whether it’s power shakes or smoothies, I love to push the button hearing the ice crush while seeing the layers mix! Boom! Such instant power.

Now…don’t try this at home! You’ll regret it. I did…once. I had meticulously put in the contents for my drink and started the blender. A minute or so in, I realized that I had forgotten one ingredient. I stopped it. I added what was missing but then thoughtlessly hit the button on the blender with the lid still off. I know. Not good. It’s a lesson one never forgets — the mess was everywhere and in every direction. The power shake was all over the kitchen and all over me.

If you have never made this mistake, you are forced to imagine what an engaged blender with the lid off looks like. But boy, does this picture ever describe the spouse with the ‘Blender’ tendency. Hit the button — and BAM — in just seconds, emotions are all over the place! I call it flooding emotionally.  It’s like there’s no lid, no valve, no gauge! There are extremely heightened emotions going in every direction! They can literally “lose it” with anger, melt downs, name-calling and more.

Usually, something triggers the blender spouse and wham —they hit the button and the emotions aren’t pretty. The blender personality — at this point— has little to no control of their emotions. They can attack, blame and accuse their mate sometimes indiscriminately. It’s not that they don’t have any legitimate concerns but how they process them tends to invalidate their perspective. They are often immediate processors and their minds move very quickly and in doing so, demand a response and want that answer now.

The problem is once you hit the button of the blender, you usually begin to push your spouse away, cause unnecessary hurt and sadly, the truth that you want to share is lost in the poor treatment. Further, if the flood continues and you get more upset, you usually get less coherent and the discussion deteriorates as the dysfunction escalates. Look to see if you can figure out why you flood so much emotionally. What’s going on inside of you? Are you blaming them so that you don’t have to look at your issues, trying to make it all about them?

Blenders —you are responsible for your emotions. If you are flooding —overflowing and splattering everywhere, you must stop. Pull yourself away as you can. Ask for grace as was illustrated above for the Kite. Be sure to respect your mate’s need to pull away to keep balanced. Release them if they feel unsafe. Calm down.  Don’t press in and push harder to make your point. Crowding, demanding and pressuring them to get the result you want isn’t healthy interaction. Controlling and manipulating them through your harshness is not acceptable or effective. Be careful about carrying on more by punishing your spouse with further accusation, anger and disdain. Are you the blender in the relationship?

After a difficult interaction where the blender has flooded and the kite has flown, it is not uncommon to withhold love by silence, pouting, being moody or short-tempered. Emotional maturity with take you to a far better place. Ask God to help you break the flee or flood cycle. Agree to talk things through. Own all you can and apologize where needed. Be willing to forgive and give fresh starts. And personally, work on slowing down your usual fly or flood responses.

And to be clear — men and women can both be kites and blenders!

I hope that these great Scriptures will help anchor your difficult marital interactions:

A gentle answer turns away wrath, but a harsh word stirs up anger. The tongue of the wise adorns knowledge, but the mouth of the fool gushes folly. The eyes of the Lord are everywhere, keeping watch on the wicked and the good. The soothing tongue is a tree of life, but a perverse tongue crushes the spirit (Proverbs 15:1-4).

Whoever heeds life-giving correction will be at home among the wise. Those who disregard discipline despise themselves, but the one who heeds correction gains understanding (Proverbs 15:31,32).

Let your conversation be always full of grace, seasoned with salt, so that you may know how to answer everyone (Colossians 4:6).

My dear brothers and sisters, take note of this: Everyone should be quick to listen, slow to speak and slow to become angry, because human anger does not produce the righteousness that God desires (James 1:19-20).

May the Lord help you improve your challenging marital interactions so that good things come out of difficult places. And stop the spinning spool and get your finger off the button! I would love to hear from you on what you think about my observations. Make sure you share if you are more blender or kite!