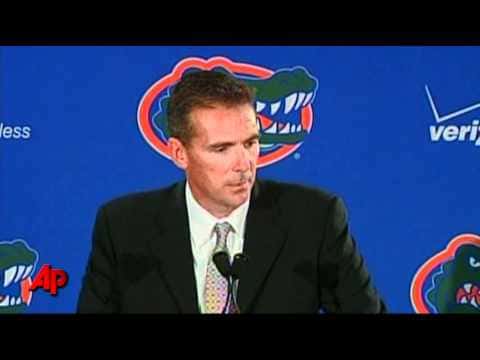 Urban Meyer resigned as University of Florida’s head football coach today. How refreshing! Whether or not you follow college football is immaterial. I challenge you to read on and find out why.

I watched as the live press conference unfolded. Urban Meyer, one of the most successful coaches in college football history, is stepping away from what he called “the greatest job in college football” and from what sports analysts say is an estimated $15-20 million dollars in direct and indirect revenue. And why… because of his family.

STOP! Read it again…because of his family.

He wanted to be available to support his own kids through their college sports careers. His statement was short and to the point. He was stepping down for his family.

He then fielded questions from the press gallery. It was like reporters were looking for more. After likely 5 or 6 questions, one reporter, who could not get his mind wrapped around Meyer’s one and only answer, tried to get it clear, and asked, “Coach, I simply want to know… (major pause for emphasis)…why?” The implication was that there must be more to it.

That’s what angered me.

There is no scandal – no dark secrets. He simply stated again with eyes steady and sure, “like I said, it’s for family.” It seems it would be much more understandable and certainly more newsworthy if he had been indicted over being involved with a cheerleader. But going home to be a better dad? Most were not catching it.

Here’s the point: Meyer is a good man and has made a hard decision that many career people question. Yet, he was leaving this job he loved for what he thought were better reasons – his family.

How rare. How commendable.

We hear incessantly in the news the stories of coaches and leaders resigning because of moral failures, ethical compromises, or extra-marital affairs. But here is a man stepping down for one of the best reasons in life – making his family priority.

We all can imagine the toll that many spouses and children pay for being the family of men in the high-profiled and pressured positions like Meyers held. What usually happens when trying to juggle the demands of this kind of profession with family life? Face it, when a ball gets dropped, it isn’t a football. To Meyer, his family had paid enough. He wisely readjusted his life priorities to reflect something he would never regret.

One veteran reporter said, “ I can see the sparkle in your eyes again, coach, like a weight has been lifted off your shoulders. You’re at peace with your decision, aren’t you?”

Imagine what kind of message Urban’s decision is sending to Shelley and their three kids, Nicki, Gigi, and Nate. You say it in your words; I’ll say it in mine. But anyone could see it in the eyes of the Meyer’s kids as the camera shot close-ups of them during the press conference. Their dad’s decision screamed to them, “You are the most important gift I have in life. More important than money, fame and career. I want to be there with you and for you” I would have loved to hear the private conversations following the press questions on the ride home. I can visualize the hugs and the many versions of “thank you, Daddy.”

One thing Meyer said that really stuck out to me, “ I want to redeem the years. I have missed so much of the lives of my kids due to football. I just want to try to make it up to them.”

Meyers is not a perfect Dad or coach. His football success can be clearly documented. Now we get to watch him fully excel at his other role – Dad. Why not take a page of the Coach’s Family Playbook and redeem some time with your family?

Three cheers for Urban Meyer for being a man of courage and principle and congratulations to Shelley, Nicki, Gigi and Nate for getting your husband and dad fully back on your team.