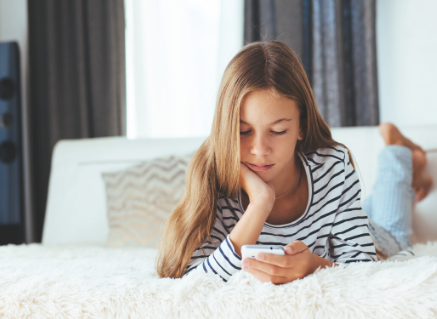 Some of you have already bristled wondering why this topic is even being discussed in a public forum. Stop. Don’t get your back up yet. Hear me out. Other parents are aghast as they read the title, saying, “why on earth would you talk to your pre-teen about sending sexual images? My kid would never do that!” Stay with me. It’s what you don’t know that can hurt you and your family.

My work with families in crisis calls me to counsel through some hard situations… and now more frequently, surrounding the ‘sexting’ done by young teens. In the last few years, I’ve worked with three complicated cases, where girls, ages 13, 15 and 14, had sent naked photos of themselves after being pressured by boys in their world — not even their boyfriends! And yes, police were involved in each.

So, what’s a wise parent to do? At least, start by becoming more aware. Here is my best advice for parents on what they need to be telling their pre-teen, yes, PRE-TEEN. First, have an open talk with your mate about how much of this to include in YOUR talk with your kids. Be united. And please, do it well before your pre-teen gets regular access to any internet-connected device or a phone of their own!

TRUTHS TO KNOW ABOUT SEXTING:

“SEXTING”, in short, is sexual texting – either words or photos. It is creating, appearing in, sending or receiving sexually suggestive or sexually explicit images and/or texts via cell phone or another electronic device or platform. It’s creating and communicating sexual content.

As we know, sexual involvement between a boyfriend or girlfriend in the teen years is sadly too much the norm. But what has happened with technological advances is that exchanging sexually suggestive or explicit sexual ‘selfies’ are even more frequent than direct sexual contact. Why? Teens seem to feel sexting is not a big deal and quite harmless. Further, being sexually pursued is intoxicating and being flattered about your sexual beauty is alluring. Sexting is basically the new form of flirting. Parents. Be warned! Sexual selfies are the rage and more and more a part of the current teenage relational dance.

Case in point: one local, angry and rejected boyfriend posted naked photos all over the high school of his “ex-girlfriend”.

The teen years are when adolescents are designed to determine who they are, what they believe, what they value and how they will operate. That alone is a very difficult developmental task for most teens. Yet with family breakdown and relational disconnection and dysfunction at home, more and more teens are “looking for love in all the wrong places”. They don’t feel supported, encouraged and connected with parents and thus operate out of a cavernous insecurity. This hole leaves them vulnerable to sexting pressures. They don’t have strength or reason to say ‘no’.

Make this very clear to your pre-teen: all images, photos, selfies and careless words that are put on the internet are there forever. Many people — especially vulnerable youth — live with the misperception that they can remove photos from the public eye. They assume like with ‘Snapchat’, they can make them disappear after a short period of time. Not true. Cunning recipients will take screen shots of any enticing photo and thus capture it indefinitely. Further, many apps have in their fine print that we gloss over, that the photos placed on or through their platform in one way or another belong to them. Thus, they are in permanent, public record and beyond your control. They really can’t be erased.

Well-meaning parents who pay for their children’s or teen’s cell phones or the home internet may potentially be in trouble. If their pre-teen or teen uses it to send or receive sexual images, they may be considered liable by law for damages or harm done to another family’s child by their child’s actions. The law could easily hold this parent or guardian responsible for the minor’s behaviour.

Each State or Province varies in how sexting is handled but presently, most jurisdictions use current child pornography laws to address the action.

Explain that everything the teen puts online, anything associated to their name, address or any accounts that they sign up on/for can and will be able to be traced to them. Any words or images that were sent in a careless or carefree moment are available for others to find and see. Note: wise employers today are now doing ‘name searches’ to see what a person’s past online activity have been like as part of the hiring process. Help the teen not to make choices that they will live to regret.

Parents should plan on having clear and open interaction with their pre-teen and teenager about values, expectations and consequences regarding:

See the free Mobile Device Contract on our website!

Find the best guidelines for your family that reflect your values, protect the teen’s life, sexual innocence and marital future, and clearly honour God. Convey them, implement them and guide using them. Seek the Lord for His wisdom. Please — do talk to your pre-teens about the dangers of ‘sexting’. Do something to protect them!

Let’s all be brave and work to be proactive on these hard issues. And yes, really wise to be praying for God’s wisdom in parenting.