Parenting: 18 Popular Social Media APPS You Should Know About 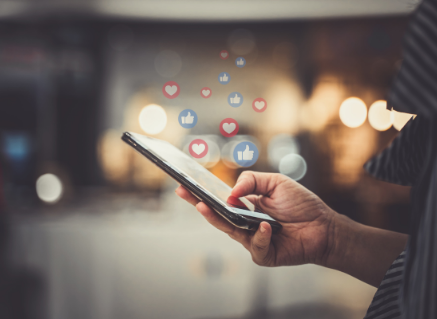 The following is a list of apps that youth are currently using and gravitating to. As much as many of them have possible practical uses, most are being abused and are damaging our youth.

There is currently an overt shift from the concept of figuring out who they are and expressing that online through profiles and blogs, to staying anonymous and hiding who they are entirely. This, combined with the shift from “selfie” photos to live broadcasting from our bedrooms while gaining self esteem from the affirmation of those strangers is a dangerous combination.

Kik Messenger – is an app that lets kids text for free. It’s fast and has no message limits, character limits, or fees if you only use the basic features. Although it has some possible uses, it is almost solely used for sexting and sending inappropriate pictures to strangers.

ooVoo – is a free video, voice, and messaging app which could be used for virtually anything.

WhatsApp – lets users send text messages, audio messages, videos, and photos to one or many people with no message limits or fees. Again, potentially harmless but also filterless and dangerous for impressionable youth.

Instagram – lets users snap, edit, and share photos and 15-second videos, either publicly or with a private network of followers. This site does promote “selfie” culture and risks youth posting inappropriate photos and basing their identity and self worth on how many people “like” their photos. That said, most anywhere online seems to do this. Teaching our kids to post appropriately is the key to this site, a movement from initially getting permission to post and building trust toward gradually checking less and less frequently is the key here.

Twitter – is a microblogging site that allows users to post brief, 140-character messages — called “tweets” — and follow other users’ activities. Mostly used for networking and connecting with like minded people. Twitter is fairly safe, the primary issue with the twitter app is that it has very little filtering on profile and pictures and if you click on a link within twitter it functions as its own browser, which is not filtered or monitored even with filtering apps.

Vine – is a social media app that lets users post and watch looping six-second video clips. This site is mostly about comedy and fun but the age limit has been raised to 17+ due to mature content.

Ask.fm – is an anonymous Q and A platform. Youth post questions on people’s profiles and and others answer, all anonymously. It doesn’t take much to imagine the damage someone can do anonymously with questions and responses they may not even mean but aren’t accountable for saying or asking.

Snapchat – is a messaging app that lets users put a time limit on the pictures and videos they send before they disappear. The messages are NOT actually gone though, they are saved on your phone in secret folders. Even if they weren’t, the entire concept suggests intention to behave inappropriately without accountability or proof.

Whisper – is a social “confessional” app that allows users to post whatever’s on their minds, paired with an image anonymously without fear of judgment. encouraging people to avoid conversations of substance with real life people and instead getting it off your chest to no-one and everyone all at once. Much like an internet based version of “PostSecret.”

Yik Yak – is a free social-networking app that lets users post brief, Twitter-like comments to the 500 geographically nearest Yik Yak users. (anonymously while using GeoTagging/GPS to identify your location) Potential uses could be to connect with other like minded locals, but too often this app is used to insult, complain and bully others.

MeetMe – Chat and Meet New People. With a “Match” feature allowing users to “secretly admire” others.

Omegle – is an anonymous chat site (and app) that puts two strangers together (often based on common interests) in their choice of a text chat or video chat room. Our kids need to learn to meet people in real life – this does not help with that.

Skout – is a flirting app that allows users to sign up as teens or adults. They can post to a feed, comment on others’ posts, add pictures, and chat. Users get notifications when other users near their geographic area join, and receive notifications when someone “checks” them out.

Tinder – is a photo and messaging dating app for browsing pictures of potential matches within a certain-mile radius of the user’s location.
Video Streaming

Meerkat – allows users to stream live video directly from their smartphones to their Twitter followers.

YouNow – is a live-stream site that allows a person to set up a camera feed that others can watch while viewers make regular anonymous comments about everything they are doing and request to do anything they want. This site is the worst of them all, a combination of voyeurism and extreme exhibitionism. Even visiting this site made me feel like I was doing something wrong. Imagine what the feelings of “what if they” and “what if I ask for” or “will they do …” will drive youth to do.
Terms

Subtweeting – it’s the internet equivalent of talking about someone behind their back – or at least that’s how people usually explain it. Essentially talking about them overtly using their names or just stating things that are obviously correlated with them without tagging their user names.

Resource sites/links:
commonsensemedia.org (for mobile app reviews and information)
covenanteyes.com (resources, articles and filtering) CLICK the link for a free month of service!
Doing Family Right Article: Internet Safety and Software For Every Device in Your Home
Doing Family Right Article: Internet Safety For Your Children: The Three Layered Approach