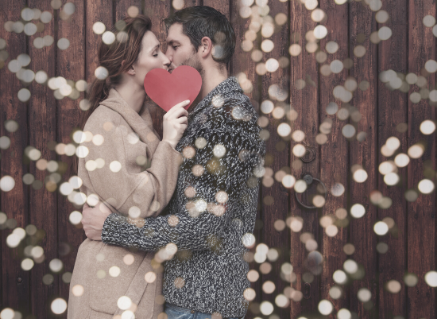 The Valentine’s tradition lives on as a day for people to express their affection to the special people in their lives. Though primarily between lovers and spouses, gestures of fondness are given to teachers, parents and friends. This year, over a billion cards will be sent, emailed, or given on Valentine’s Day. Women purchase approximately 85 percent of valentines while men are said to spend on average, twice as much money as women, just over $77/person. After all, flowers and chocolates aren’t cheap. How did this love day get started?

Although the story of St. Valentine is historically murky, legend has it that Valentine was a priest who served during the third century in Rome. He was known for his daring exploits of authentic love. When Emperor Claudius II decided that single men made better soldiers than those with wives and families, he outlawed marriage for young men — his future soldiers. Valentine, realizing the injustice of the decree, defied Claudius and performed marriages for young lovers in secret. Further, he is said to have smuggled Christians out of cruel Roman jails. When Valentine’s defiant actions were discovered, Claudius ordered that he be put to death.

The story has it that Valentine actually sent the first ‘valentine’ greeting. While in prison, it is believed that he fell in love with a young girl — allegedly his jailor’s daughter — who visited him during his confinement. Before his death, story has it that he wrote a letter sharing his affection for her which he signed ‘From your Valentine,’ an expression that lives on today. The love of Valentine’s Day is celebrated to commemorate the anniversary of his death believed to have occurred February 14, 270 A.D.

Though Valentine’s Day seems to have such noble and romantic roots, how should we maximize this season of love? With two-thirds of men not making any plans for a romantic date with their sweethearts, and yet over half of the woman thinking that the gestures of affection are primarily his responsibility, I think it’s time to sort some things out. So, here’s my Valentine’s Day advice in 2011 for you:

1. Don’t miss the moment to proclaim your love. Whether you like it or not, or even think the event is over-commercialized or trivial, there is a cultural norm to express affection to your sweetheart. Seize the day – lavish your love on your dearest. And enough with the romantic inequity – men and women are mutually responsible for building into the relationship. You both should be looking for more opportunities to communicate your fondness.

2. Go the extra mile to portray your love. You can’t beat time and effort for displaying your lover’s importance. It will take planning and preparation but doesn’t have to cost a lot. Over the years, I have treasured my wife by observing the 12 days of Valentine’s, going away on a Valentine’s retreat, and even creating Love Month – 28 days of romantic impact. Agree to take turns planning events but always carve out time together and not just on Valentine’s Day. The kind of connection you want is worth the work.

3. Use your own words to personalize your love. Write 4 or 5 lines of sincere appreciation in the card, create a love letter, a quiz of why you love them, or even create your own card. Deepen your love by sharing why. Diversify your expression of affection to include an email, voice message, text, or phone call. Take a walk, do coffee, flirt on Skype, or announce on Facebook about why you are the luckiest person alive. If you dare, declare your love on You-tube and send them the link.

4. Take the steps needed to pardon your love. The closer you are to someone, the more you may have to forgive each other. Take initiative to reconcile whether you think it’s their fault or they feel it’s yours. Humbly own your mistakes and apologize. Be equally generous with your forgiveness. Fight for each other, not against each other. There is no better time to turn things around even if it means going for help to get your relationship back on track.

5. Restore the desire to prioritize your love. Rarely do relationships unravel overnight. We can get too busy with life to focus on each other. There are days of complacency and seasons of disconnect that can lead to frustration and a growing distance over time. Instead, let your spouse feel your respect and admiration consistently. That’s all part of God’s plan. Show it by more time, better treatment and loving tenacity. Put your relationships first…especially your marriage.

This Valentine’s Day, it’s as good a time as any to start doing your relationships right. You’ll never regret your marriage and family life first.