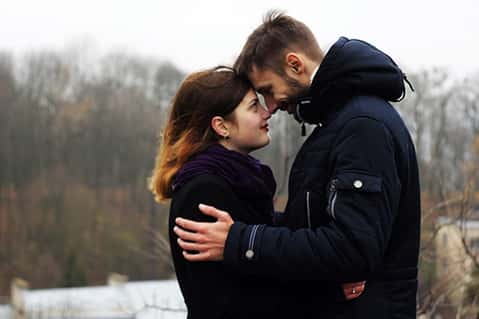 A great sex life: we all want it. And, judging by what we see in the movies, we’ve all got it. But we know that isn’t true. When couples are struggling in their marriage, one of the first places that it shows is in the bedroom.

Great sexual intimacy is not as easy as it’s made out to be. Going into marriage, we all think that we will just do what comes naturally and it will be amazing. The reality is that of the couples I have worked with over the years, I’d estimate that fewer than one third of married couples enjoy a mutually satisfying sexual relationship. Sad. There’s a good chance that you are in that two-thirds majority.

Sexual issues are troublesome on a number of levels. First of all, they are felt very deeply by both partners: by men, because their sense of self-worth is tied so closely to their sex life; and by women, because sexuality is often an area of extreme vulnerability. Add to that the fact that sexual difficulties are tough to talk about – and even tougher to seek help on – and it’s easy to see why so many couples struggle in this area.

Sex alone cannot and never will be the foundation of a great marriage. Nevertheless, when your relationship is going well, there’s no doubt that sex will not only be good but be a powerful glue that bonds you together and builds real strength into your marriage. That makes a great sex life something worth fighting for. Here are some great suggestions to help you to improve your closeness.

It’s awfully difficult to achieve sexual freedom in marriage when you’re each carrying a ton of relational baggage into the bedroom with you. Sadly, that’s exactly what many couples are facing.

The bags come with many labels: Pornography. Previous sex partners. Childhood sexual abuse. Extramarital affairs. These are only a few of the things that complicate good sex in marriage. The script may be a little different for each individual, but the impact on the marriage is the same. Unresolved sexual baggage really does come into the bedroom, and it hinders people from developing the sort of closeness they long to experience with their husband or wife.

It may sound old-fashioned, but reserving sexual involvement for marriage alone is the best foundation for a great sex life. I have counselled hundreds of people who’ve come to me for help with the baggage in their head and heart because of difficult experiences of the past, doing things they regretted, premarital sexual involvement, and a host of other self-induced experiences that they didn’t know would affect their sexual freedom. Time and time again I’ve seen it to be true: the freer you can go into marriage by not messing around, both mentally and physically, the better marital sex is going to be. The point is, those sexual ghosts do return to haunt people.

Now you may be sitting there saying, “Too late. That ship has sailed. And now I’ve got some issues.” If that’s you, you’re in good company. And the good news is your sexual past can be resolved. It requires being honest with yourself and your spouse about your past involvements and the damage it’s brought to your marriage. It entails a willingness to forgive yourself, your spouse, and others with whom you’ve been involved. And, most importantly, it requires a commitment to live differently from now on. That means no outside involvements, no pornography, and no scoping out people other than your spouse. Deal with your past to find freedom going forward.

And if you struggle with negative attitudes toward sex, remember that sex was God’s idea in the first place. As a matter of fact, He said that a man should leave his father and mother and shall cleave to his wife, and the two shall become one flesh (Genesis 2). And He said, “This is very good.” Too often, people carry negative attitudes into the bedroom from their background, families of origin and even religious teaching. But sexuality, when practiced within God’s guidelines, is a great thing – because God created it to be richly and mutually enjoyed in marriage.

You would think that in a society where sexual information and images are so pervasive, we would all understand sex very well. But that’s not the case. In fact, the media’s portrayals of what sex is like may have done more to skew our views than anything else.

If we want an amazing sexual relationship with our spouse, we need to cut through the misinformation and our own misconceptions to really understand our spouse’s perspective and expectations. Men and women approach sex very differently, and even within genders there are differences from person to person.

Generally speaking, men approach intimacy through the sexual door. We feel close to our wife through the sexual experience, and we assume that women think like we do. But women approach sex from a whole other direction. Most women need to feel close to their husband emotionally first, and through that emotional door they can then freely enter into sexual intimacy. If the friendship, trust and emotional intimacy aren’t there first, it’s very difficult for the woman to engage wholeheartedly in the physical side. Understanding these differences between men and women is critical to getting started on the right track.

55 years ago, Hugh Heffner launched the Playboy empire. One of the more harmful impacts of the proliferation of pornography has been the development of a very one-sided view of sexuality. Sex has become male-dominated, with men being takers, and women as toys for the gratification of men. Too often, sex in marriage is all about the husband getting what he wants, while the wife is left unfulfilled.

Your sex life as a married couple will never be all you want it to be if it’s one-sided. That kind of sex doesn’t produce closeness, it produces resentment. Instead, there must be a willingness to move towards mutuality in sexuality.

What does that mean? It means realizing that being a great lover isn’t about knowing how to get your own needs met. Truly great lovers look at sex from their partner’s perspective, work to understand them, and desire to meet their needs. When a husband and wife both view sex as an opportunity to serve their spouse and fulfill their needs, watch out! Fireworks will ensue.

By the way, I maintain that those who really know and understand God’s plan for them should have the best, most sizzling sex lives of anybody. Following His plan for sex brings freedom from guilt, a higher level of commitment to our spouse, and a more other-centred (less selfish) approach to the sexual side of the relationship that keeps things cooking.

Any kind of violation of the marriage covenant robs a relationship of its sexual closeness. Now, most couples would agree that sex outside of their marriage is off-limits. But what they may not realize is that infidelity doesn’t come out of the blue; it is the culmination of a series of smaller compromises. So at the heart of this idea of boundaries is the sense that I want to remain faithful and focused on one person, and one person alone: my spouse.

To make that a reality, we need to set mental and emotional limits, as well as physical ones. It means no looking at pornography. Remember the wisdom of Job centuries ago: “I’ve made a covenant with my eyes not to look lustfully after a woman” (Job 31:1). It means no flirting or fantasizing about other women. It means not allowing yourself to establish the kinds of connections with others that can lead to bad decisions down the road. It is an amazing gift to your spouse when they know that you are fully committed to them – heart, mind and body.

When two pieces of tape are stuck together, they create a powerful bond. It’s hard to pull that tape apart. But if you put the tape on a piece of paper, pull it off, put it on again, pull it off – pretty soon it loses its ability to adhere, because the bond has been broken many times. In the same way, it’s very difficult to bond sexually to one person when I’ve been bonded to many people, whether physically, mentally or emotionally.

I am challenged to “rejoice sexually in the mate of my youth and always remain captivated by their love” (Proverbs 5:17-19). To be captivated is to be focused, hooked on and centred around. This can only happen when I am looking exclusively to one person – my mate – to meet my sexual needs.

Too many people view sex as a thermostat that controls the temperature of the relationship. They think if they crank up the sex, they’re going to have a great relationship. But the truth is that sex is more like a thermometer than a thermostat. It’s a measuring tool that gives an indication of what the relationship and the marriage is really like.

Got to Pillar 2 … Communication

Image used with permission by pexels.com/pexels-photo-246490.jpeg