Marriage: The Power Of A Full-On Apology 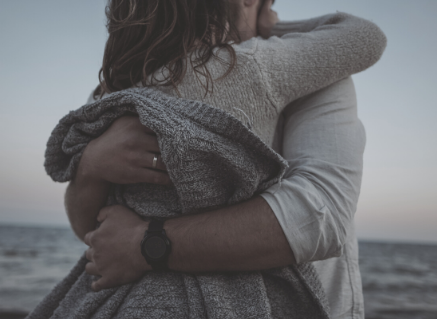 The apology-forgiveness cycle is one of the hardest skills to master in life and especially in a marriage. Why? Owning our stuff is really hard when you feel your spouse isn’t equally owning theirs. It takes a lot of humility to get, and keep, an all-clear between you and your spouse. For your relationship to flourish, you will need a lot of grace. My best advice is to learn to apologize sooner and forgive freer.

Apologizing is, and forever, will be easier said than done. My experience shows that the main reason behind lame or vague apologies is our pride. An inflated view of oneself creates a level of defensiveness that sort of implies you don’t make mistakes that you need to apologize for.

Most of the other hurdles to good apologies stem from this one. The opposite of pride is humility. To apologize well, you will have to humble yourself. That is hard. Really hard.

Some people make excuses for their poor behaviour or words – explaining why they were justified. Some quickly blame their spouse saying that what they did was only a reaction to what the other did or said — not really their fault then. Some people deflect to the other, some minimize their offence and some simply live in denial that they did anything wrong. All of this is to avoid ownership of any offence even if they really honestly should take responsibility for the hurt caused.

Grasp this — any apology followed by a ‘BUT’ basically nullifies the apology. It’s some attempt to lessen the need for taking ownership of the offence.

The Power of the Full-On Apology

Most of us, even those who feel we are good at apologizing, don’t come near to a Full-On Apology. The following is a summary of how to really get, and keep, things right between you — to apologize well.

When you have messed things up by acting or speaking selfishly or sinfully, why not learn how to make an apology that truly reconciles the relationship. Too often, when we try to apologize, our attempt is misunderstood or seen as incomplete and doesn’t seem to fix things. Why is that? You will see that it’s because we express ourselves in ways that our spouse doesn’t appreciate. Let’s get to it.

Below are The Five Languages of Apology originally created by Dr. Gary Chapman in his book of the same title. They express what a complete and heartfelt apology includes. They’re in no particular order. Find out which of these your spouse needs the most, to receive your apology as a “Full-On” one. Include them all to be the most comprehensive in your reconciliation attempts.

The Five Parts of a Full-On Apology

Why not talk with your spouse about what you both need to sense a real apology from each other? And for sure, the next time you are trying to get things right with your mate, intentionally and authentically include all five parts of a ‘Full-On’ apology.

Remember, as Scripture says (with my amplification)…he or she who tries to cover or conceal their sin (live in denial of an offence) will not prosper, but those who confess (admit their wrong) and renounce these mistakes (not wanting to repeat them) will find mercy (will be forgiven and be reconciled) — Proverbs 28:13.