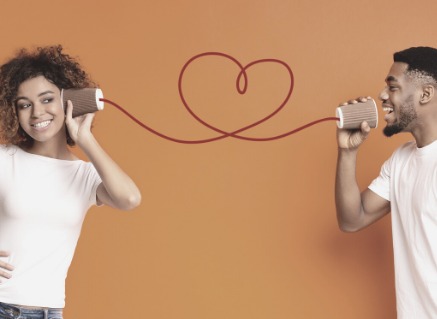 A man once called his neighbour to help him move a couch that had become stuck in the doorway. They pushed and pulled until they were exhausted, but the couch wouldn’t budge. Fully exasperated, the man through up his hands and said, “Forget it, we’ll never get this thing in.”

The neighbour looked at him in confusion and said, “In?”

Do you ever feel like you and your spouse are working against each other? Misunderstandings kill connection. For some couples, it’s this daily push and pull experience that robs them of joy in their marriage. Many bad habits perpetuate misunderstandings. The Bible has a straightforward challenge for us and let me aim it a little more at your home life. James 1:19 (NLT) says, “Understand this, my dear [married] brothers and sisters: You must all be quick to listen, slow to speak, and slow to get angry.”

Listening and not getting defensive…that’s not natural for me. Men, do you (like me) struggle tracking with your wife to the point that it feels like she’s speaking a foreign language? Remember, we don’t speak ‘womanese’! Wives, do you feel like you need a crowbar to get your husband to open up and really talk? If you (like us) feel at times that your spouse makes no sense, why not consider trying some of these great suggestions to overcome marital misunderstandings?

Sounds so easy. The longer you are married, the potentially harder listening can become. Because I really know my wife, Donalyn, so well and have been through many similar discussions, I can tune her out almost automatically and simply press rewind on a previous discussion. That invariably creates a mess. All of us, men and women alike, have to learn to listen patiently. Stop and face your spouse if possible. Not easy for us type “A’s”. Don’t assume you know what your mate is going to say, and start formulating a response. You can miss their point entirely. Settle in and listen. Decide to listen.

When you get the “here we go again” feeling inside – take a breath and decide to stop the downward spiral inside. Give them a clean slate, don’t hold the past against them and listen without an edge. Give your mate the benefit of the doubt. Too often, I negatively read into my wife’s looks, her gestures, her facial expressions and her tone and assume the worst is coming. I start getting defensive. Then I shut her out and don’t really listen. I should know better.

Donalyn deserves to be heard, as does your mate. I need to fight the temptation to assume the worst and give her room to change if needed. The nature of my response often dictates the tone of the ongoing discussion. I must be quiet, stop and listen to her – and I don’t just mean physical quietness, either. I need to refrain from rehearsing my argument. There are going to be times when harder things need to be said between you. Relax. Embrace the moment and learn all you can. It validates who your spouse is and respects how they feel. It fosters co-operation, rather than competition, between you.

Listen – Especially if You’re the Talker

With most couples, there is one person who is more verbal. Two thirds of the time, it’s the woman who shares easier, but sometimes it is the man who talks more (like me). It is especially important for the talker to learn good listening skills and to give their mate the time to talk. If you feel like your spouse isn’t communicative enough, make sure you’re giving them a chance to open up. If you are filling the air with your words, your spouse won’t be able to share unless they fight for “air time”. That isn’t likely to happen, and it drives them deeper into privacy. Donalyn likes to think things through and is not instant in her responses. It used to frustrate me more than it does now. I try to give her the time she needs in our discussions. You don’t have to ask her how often I am successful. I am working on patience, okay?

How many times have you and your spouse had an argument, only to discover that the fight could have been avoided if you had truly taken the time to understand one another? My wife and I have had times where, as we worked through an area of disagreement, we discovered that we didn’t really disagree at all…we only thought we disagreed because we were too impatient to fully understand one another. How dumb is that!

So many fights are escalated because we don’t make the effort to clarify what the other person is trying to communicate. We say, “Well, I thought you said this…”, and it wasn’t that at all. It’s important to clarify by saying, “If I hear you correctly, I hear you saying this…” Then, the other person says, “No, I didn’t mean that, I meant this…” The spouse has a chance to restate him or herself, to ensure they are understood. Reacting without clarification leads to frustration! It’s when your spouse doesn’t make any sense to you. Take time to clarify.

Sometimes in a marriage, every area of disagreement automatically becomes a battle. The discussion becomes a competition with each partner trying to prove that they are right. Remember: it’s okay to have different opinions. Now, there are times when you’ve got to come to agreement on decisions that need to be made, so those differences will need to be worked through. But we’ve got to drop this need to win fights, as well as the need to blame the other person. It’s a trap that many couples fall into. Worry less about blame and more about resolution. Ultimately, what’s more important: winning the fight or having harmony in your home? Would you rather be right or happy?

Resolve Differences at Your Best Times

This one seems basic, but it’s so critical. Fights get worse when you are tired or in a bad mood. I have to tell you, some of the worst fights in our marriage have been late at night. It’s now 1 am, 2 am, and it went from a level two fight to a level eight or nine category fight just because of the time of day. We’re bushed and we know we have to get up early. There may even be certain times of the month that are bad times for resolving disagreements (you know what I mean – work with me people).

We’ll make more sense to each other if we choose to talk things through at our best times. Schedule a time to work through your issues – a time that is good for both of you. Miscommunication gets resolved so much more quickly and peacefully when we are well rested and prepared to work at it together. Don’t shoot yourself in the foot by adding bad timing to your list of frustrations.

Learning to communicate with your spouse is a process. Yes, sometimes they make no sense at all. But be intentional and be gracious. Live out James 1:19 with God’s help. With time, and with enough focus, we can learn to understand one another: maybe not perfectly, maybe not 100% of the time, but at least enough to get that couch through the door!

I would love to hear your comments as well as what has helped you improve communication with your spouse. Comment here or email me at drdave@doingfamilyright.com. 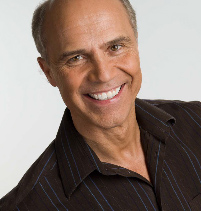